skip to main | skip to sidebar
Charles Anderson is a gentle human being and a sex offender. No, the two are not contradictory and we will in this blog , help Charles get his voice heard about many issues. He is well read , informed and concerned . I have known Charles for nearly ten years and highly recommend his essays and thoughts to you.
Please feel free to write Charles :
Charles Anderson;Po Box 129;Winnebago, Wi 54985
or you can email me and I will forward your message . Remember to give me your address and email. If you are leary of using your own return address, we can be a middle man for you , Contact us at this address: email FFUP at swansol@mwt.net

The Future Depends on What We Do in the Present

The Future Depends on What We Do in the Present
by Chas. Anderson

It is unlikely that Gandhi was referring to the present state of affairs in Wisconsin and the U.S.A. We find ourselves in a local midterm election race that portends to repudiate the war-mongering of George W, Bush and contrasts two local politicians in a battle for governor.

One of them, Rep. Mark Green of Green Bay is surely proud of his Two Strikes legislation in Congress and the other, James Doyle, presided over the expansion of the Wisconsin Department of Corrections and the implementation of 5980. All of these measures promise to siphon off precious funds from both the federal and state budgets in an infamous "war on crime" effort. Actually, it is an attempt to punish crime rather than forestall it. (read: 9/11.)

I realize much of this legislation is aimed toward protecting our most valu­able resources, no, not timber, cheese, or oil, but our children. Not even a few years removed from childhood, however, the current war in Iraq threatens to dec­imate a new generation. With 2800 dead and tens of thousands injured, we are not yet approaching the levels of Viet Nam (60,000) but the results will be the same: a total waste of human life and effort.

At all costs, we have protected these young men from sexual abuse as youth and then sent them off to Iraq to be executed by insurgents. We have also sacri­ficed family men in the fray, former reservists, leaving women and children with­out their parent (Breadwinner) for long periods of time, some never to return alive or intact. How does this protect our children?

In Wisconsin the hysteria directed at sex and other offenders has resulted in scarce budget resources being diverted to the Dept. of Corrections at the ex­pense of UW and local school funding, while transportation and DNR budgets have also suffered. Social, services has also been affected as SRSTF now eats ud a dis­proportionate amount of DHFS costs.

Does any of this national or local campaign really protect our children and enhance their future? Kids are still being victimized in many ways. Has any of this effort prevented gross physical abuse by distraught mothers or sociopathic step-fathers or boyfriends, sometimes resulting in death or severe injury (shaken baby syndrome?) Much of the public effort, aimed at stranger sex abuse is mis­directed (including sex offender registry) since this type of event accounts for only 6-7% of sex offenses involving children. * CPR Newsletter, Santa Fe, NM 10/06

The Adult Diagnostic & Treatment Center in Avenal, NJ reports recidivism rates of 13% for untreated sex offenders and 9% for those completing treatment. *ibid This rate is clearly less than drug offenders, not in the crosshairs of political effort.

Prof. Thos Zander (Marquette Univ.2005) questions the propriety of try­ing to single out certain sex offenders based on controversial diagnoses whereas most offenders confined under §980 could be supervised intensely under house arrest while participating in the Thornton program via closed circuit TV or Internet.

This essay is not to be construed as me trying to evade responsibility for my criminal behavior. I pled guilty and served 13 1/2 years of a twenty year sentence, finishing in October,2005.

What we are doing in this country and state is mortgaging the future by our recent, actions in the present. We are stressing punishment and conflict instead of emphasizing education, recreation, enrichment, and responsible adult interaction. Currently, only half of Black and Hispanic kids graduate from high school in the U.S.A.*CBS news 10/23/06

These children are our endangered future.
Posted by FFUP at 3:28 PM

essays in this blog

links back and forward 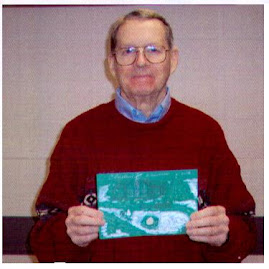 A Word of Welcome from Charles Anderson

Welcome to Peggy's blog for FFUP. She is a tireless advocate for the down-trodden in society--both in and out of prison. Sometimes it is-worse when released as you lose the reliability of everyday life which incarceration establishes. For me--the one thing they cannot take away is my mind and along with that: the ability to communicate. Thus, this project—now in its inception intends to give that voice a forum and also assist those who show a willingness to learn those skills at this point in their lives.

That's what this is all about: communication--in the finest tradition of Socrates, St. Augustine, Shakespeare, Ghandi, and the Quakers. We are not a Christian or religious group but we can learn from them and they from us. This is a "groundroots" activity/ in the finest tradition of democracy; if nothing else, our country affords that to us. There is no budget, no "ex­ecutive director," no fundraising events--just a groundswell of human endeavor--all aimed at "doing what's right and just." Peggy relies on her own resources, occasional donations and well-thought out grant proposals. The stamp it takes to mail this and the typewritten materials this message entails--costs me about an hour's wages at my unique location in Mauston--SRSTC--where we are not prisoners but "patients" in a true juxtaposition of psychological norms. The American Psychiatric Assn. does not support the concept of civil detention but it is "big business" for various psycholog­ical practitioners--known as "therapists, etc." All this costs the taxpay­ers of the state of Wisconsin a whopping (let me get out my calculator): $358 (the latest per diem posting) X 365 (days per year--we get no fur­loughs as do the "patients" at Mendota) and so the grand total to keep us locked in here (after the expiration of our prison sentences) is...(no drum roll is necessary): $130,670*for just one guy (no gals) and there are 270 men held here with more to come from WRC--a combination prison/civil, det­ention facility in Winnebago, WI--which is a violation of federal court rulings-- but please excuse me for dragging this diatribe along and I will wrap it up: we need your support, guidance, counseling, and feedback(comm­unication) in order to see our way through this morass of incarceration--among the highest rate in the world. Is this to be our American legacy?